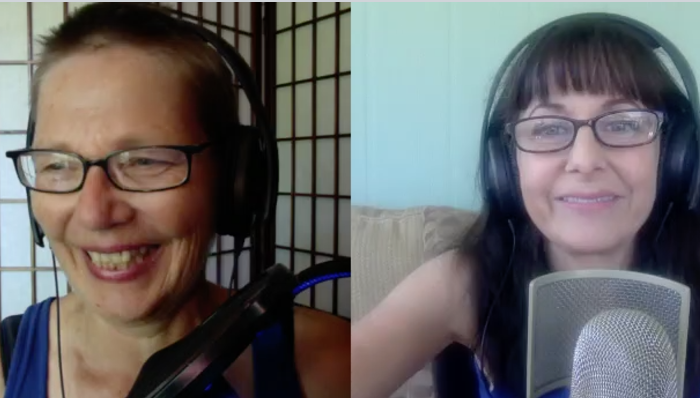 Jenise and Marianne give August homestead updates and discuss a Forbes article that says homesteaders are moochers.

Are homesteaders just moochers living off of “civil” society?

A recent opinion piece in Forbes magazine suggests that they are. And a brilliant homesteading blogger named Daisy Luther of The Organic Prepper blog, articulately countered the argument on Zero Hedge.

I read Daisy’s article and thought it would make for an interesting discussion on our latest episode of the podcast.

But first Marianne and I share a little bit about how we are “mooching” on our respective homesteads!

Marianne is tired of hand watering her plants and is making plans for installing a watering system in her garden.  She wants to create a watering grid to “just hydrate everything.” And she talks about a sustainability-oriented company she’s considering for sourcing this watering system.

I’m excited about my recent sheet mulching project. Looking at all the weeds in between my raised beds got old.  So after collecting cardboard from friends and neighbors, I covered the weeds with it. Then I topped the cardboard with lots of straw. If you’d like a gander at how it turned out, check out my posts on our Facebook Page and on our Instagram account.

Now on to the diatribe against homesteaders.

Like so many articles out there these days, the Forbes piece on homesteaders seemed outrageous, incendiary and ill-informed. And it was posted in a “reputable” publication. As Marianne and I note, basing your opinion of a group purely on the caricatures painted by so-called “reality” T.V. shows, might not be such a great idea.

The author of the Forbes piece, an economist named Adam Ozimek, states:

“If we all lived “self-reliant” lives like Tony often implores us, spending most of our time on basic agricultural subsistence, then modern hospitals couldn’t exist. It’s only because most of us choose to not live agrarian “self-reliant” lifestyles that this care would be available to Tony, Amelia, and perhaps someday, their children. And what if both of them become too injured to work the land anymore? Would they starve to death, or would they survive off of the social safety net our government provides, like food stamps?”

One might also conclude that if we all lived “healthy” lifestyles then modern hospitals couldn’t exist.  But should we all endeavor to be ill so that hospitals can continue on?

Health, Happiness and “The Economy”

A more advanced society might encourage whatever it takes for people to be healthier and happier, even if it’s at the expense of large institutions such as hospitals and big Pharma. In such a case, health care might very well be transformed into something much less costly and more effective. And smaller communities of people, who know and help each other on a regular basis, might find their own ways of taking care of less fortunate community members, in a much more heart-centered manner.

From what I’ve seen homesteaders are by and large, happier than the majority of the population.  But this happy lifestyle can be threatening to our established system.

As Daisy Luther puts it in her rebuttal:

“The fact is, the less we require from society, the less power that society has over us. Our lifestyles give us some distance from the hustle and the bustle. We don’t have to make as much money because we don’t live in the consumer matrix that engulfs so much of society. We are content to live simply instead of hustling from one non-productive activity to another.”

And this makes us happier. But should we give up this happiness so that the system can continue?

The truth is, homesteaders generally contribute to the “system” just like everyone else. We pay our taxes and, to varying degrees, choose to partake in government and institutional programs like the rest of the population.  The difference is, we have more freedom to choose what we participate in and support.

I believe a populace that is free to choose, is an empowered populace – an important check on government and corporations and a powerful aspect of our future as a society. And the freedom to do things differently is vital if we want our species and our planet to evolve.

What do you think?  Are homesteaders mooching? Are they the pioneers of the future?  Please share your thoughts in the comments below.