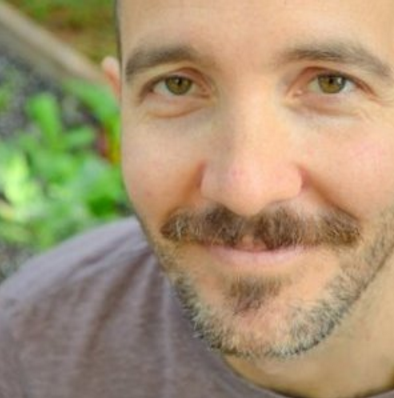 Few would deny that our perspective molds our reality. When we look at something like a farm and see it only as a patch of ground that can be used as a medium for growing food, we approach farming in a specific way that elicits specific results.

But when we look closer and see the other components involved – in other words change our perspective – we are pushed to change our approach to adjust to this new information and thus, our results change.

Tasked with bringing back the “life force” of farms that had experienced the detrimental effects of “chemical” based farming, Steiner developed bio-dynamic farming. His ideas, which included celestial rhythms, homeopathic farming and using vibrations – were and still are quite unconventional.  But after meeting a farmer who validated these teachings, Evan began to implement them at his gardening store, Progressive Gardens.

After 14 years building Progressive Gardens, Evan recently closed it down so that he could spend more time on his growing business, a wholesale and consulting company called Progressive Farms.   He now acts as a consultant to conventional farmers, biodynamic farmers, organic farmers and backyard growers, teaching his system of bio-energetic farming.

Evan says he is committed to developing a mindset toward a fertility system perspective which generates results that speak for themselves.

Through its website, Microbe Makers, Progressive Farms sells a compost tea brewing system and other products and systems. Evan says he wants to assist  growers in regenerating the life force and balancing the minerals and microbial diversity that’s needed for an ideal farming system.

“In a living system you have a physical, a mineral, a biological and an energetic component. If you evaluate conventional farming…its done physically and minerally. You plow and you fertilize,” he says. “Organic agriculture brings in the biological component…..Both completely ignore the energetic component, the life force, if you will.”

While an important key to an ideal farming system, Steiner’s biodynamic farming system did not include techniques like growing cover crops, microbial diversity or soil testing and mineral balancing, explains Evan. So he includes these techniques in bio-energetic farming.  “I’ve tried to create a platform that addresses all four (physical, mineral, biological and energetic) of those components as kind of like the legs of a chair.  At least if we’re aware of those components we’re not working against them. ”

What an eye opener this conversation was!  As a backyard grower,  I realized how much I have to learn from people like Evan.  But I was also struck, once again, by the wonder of our natural world and how we are only beginning to understand the various interlocking systems that sustain it.

If, like me, you’re interested in learning more about all of this, you might want to check out Farm-a-Yard, an online course in which Evan teams up with Linda Borghi, along with a few others,  to teach people how to make a living through backyard farming.  You may also want to check out my two interviews with Linda: