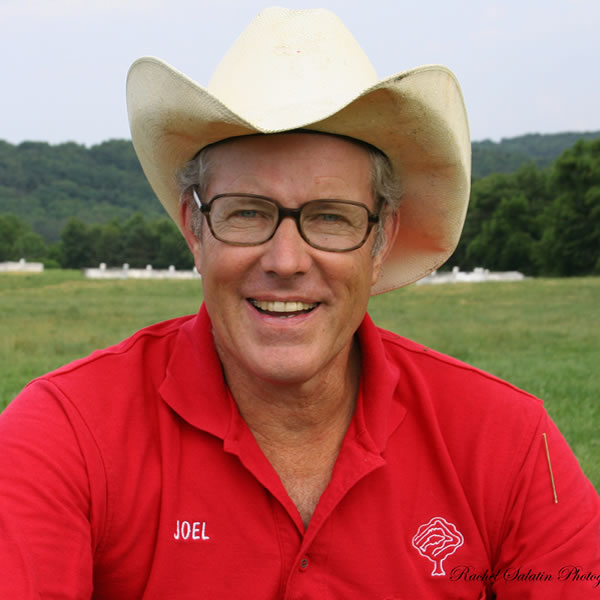 If you don’t know who Joel Salatin is, let me quote here a short bio I received from Joel.

Joel Salatin and his family own Polyface Farm in Virginia’s Shenandoah Valley.  Featured in the iconic foodie book Omnivore’s Dilemma and award-winning film FOOD INC., the farm’s moniker is “healing the land one bite at a time.”  A prolific author (12 books to date) and speaker, he promotes local food systems, freedom of food choice, and farming systems that build the commons. 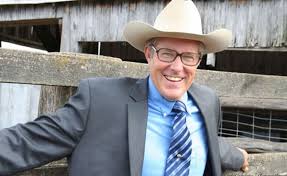 I think he is the most famous farmer in the US alive today and a wonderful human being. As a matter of fact, he has many fans who do not have a farm or even the homesteading dream.

Right after posting the YouTube version of the podcast to a social media site called Steemit, Sharoonyasir wrote the following:

“Joel Salatin was on your show- woww! I am not a homesteader so I don’t follow his work, but I love his inspirational words and his motivational strategies. He has some great stuff to share with everyone.”

That shows you that his reach is much further than the farming, permaculture and homesteading communities.

Before talking to Joel, I had read his book Your Successful Farm Business.

This is a sequel to his book You Can Farm. It is important to note that you want to read both. The information in the sequel builds on and expands what Joel shared in his first book.

While the chapters on the ins and outs of running a successful business, including several on marketing are informative and important, I found the personal history Joel shared throughout the book fascinating. So, I asked him to share a bit of his family history with us during the podcast.

His father and mother had built a successful farm in Venezuela. That sounds simple, but you will hear in the podcast the hard work and long-term planning it took to get to that point.

Joel spent the first four years of his life on that farm – until a political upheaval forced them to run for their lives.

Joel’s mom, pregnant and with small children to care for, needed a functioning house after all the turmoil and drama they had been through. That why they ended up at the farm Joel still calls his home. Today, it is a beautiful farm with rich soil able to support several generations of Joel’s family.

When they bought it, however, the house was okay, but the land was terrible.

When Joel’s dad set out to work his farm, he asked the experts for advice. He pretty much was told to plow it all up, buy plenty of fertilizer, build farm buildings and go deep into debt. The debt is a natural consequence of investing in so much infrastructure and of course the continual need of buying fertilizer.

That didn’t sit right with dad. He knew there had to be a better way. Probably growing up with a wannabe farmer, tinkerer, inventor and avid gardener stirred Joel’s dad away from the dependence on the almighty NPK fertilizers touted as the savior of the farm community. 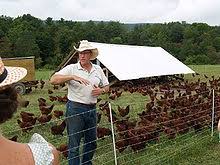 Btw. Joel’s grandpa invented one of the garden sprinkler tractors which move along a hose. Joel truly comes from a family of innovators.

Back to the farm. Joel tells in his book and also in the podcast some of the measures his father implemented to bring fertility, and ultimately, profitability to the farm.

And chickens played a big role in the success.

As with so many other things we use in our everyday life, NPK was originally needed for war. World War I and World WarII. Bombs and explosives needed NPK and lots of money was spend to make that happen. Now, it was available and plentiful. And it seemed the answer to end the backbreaking labor which used to be the reality of farm life.

Joel makes a point that he doesn’t blame the early farmers who chose to give the NPK fertilizers a try. The farmer who didn’t have access to a chainsaw, a front loader and all the other tools which became widely available beginning in the 50s. After that – it is a different story.

Joel Salatin said that if we had had a Manhattan project for compost, we would have fed the world.

Highlights from the Podcast

The deep soils of this planet did not develop 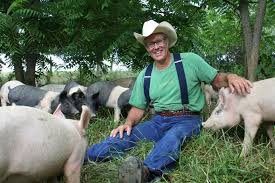 under forests and bushes. They developed under grasses. 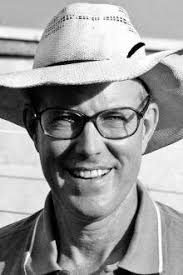 Even though Joel Salatin and his wife lived for many years below the poverty level, they didn’t have much cash but had lots of wealth.

Wealth is resources, friends, knowledge, and skills, according to Joel. He also said that the cows will not look at you any different whether the shirt you are wearing is from a designer outfit or has somebody else’s name on it. So true.

We talked about kids, homeschooling, and kids starting their own businesses. Also, what it takes to be a farmer and that all in the family have to be on board before starting a new farm adventure. “It is not worth it to lose your family over the dream of a farm.” Wise words by Joel Salatin.

He pointed out that a farm or some kind of farming activity can happen in the city – even on a balcony or inside the home.

Finally, I asked Joel how to find a good teacher. He gave several tips and I loved this quote.

Finally, I like to leave you with another feedback I got on Steemit.

Kiwicanfly wrote: ” I read his book ‘Folks this ain’t normal’. What an eye-opener! I am a big believer in Salatins’ message. I wish more farmers here in New Zealand would hear this.”

EVERYTHING I WANT TO DO IS ILLEGAL:  War Stories from the Local Food Front

Rise of the Small Sustainable Farm