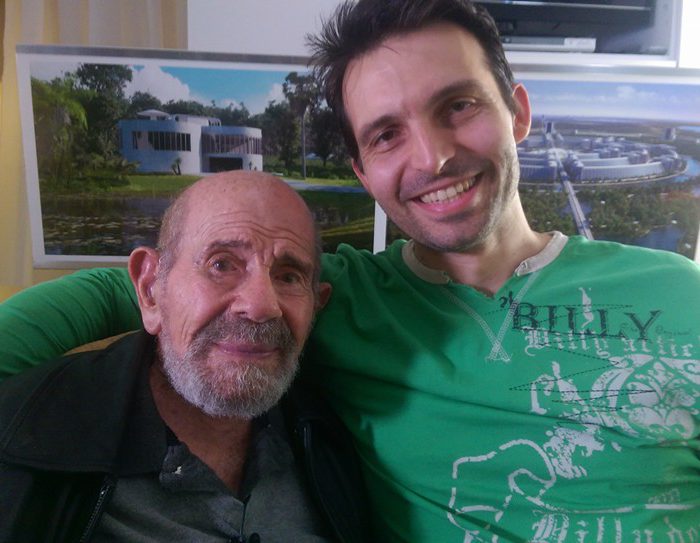 An interview with Saso Luznar and Jennifer Huse of The Venus Project.

I was blown away when I first learned about The Venus Project five years ago through a video on You Tube.

It’s creator, Jacque Fresco, had thought of everything needed for building and maintaining a society that actually allows humans to live the lives they long for.

The project outlined a society that no longer included:

A Vision for a New Millennium

Like so many before me, I was inspired by the project to begin envisioning a world that was enticingly unfamiliar. I wanted to do what I could to help make it happen. Not long after that, I met Marianne and we started this podcast.

Over the past two years of interviews, I’ve met others who were just as inspired by Jacque Fresco’s vision as I was. Most recently, I was introduced to Saso Luznar and Jennifer Huse who have actively volunteered for The Venus Project for the last 5 years. (Thanks again to the amazing Michael E.V. Knight.)

In this episode of the podcast, Saso and Jennifer explain what The Venus Project is. The also explain the core ideas behind the project as well as the problems it would solve.

Solutions No Longer So Strange

Some of the solutions that Fresco proposed decades ago, are no longer as strange as they once were.  The move toward sharing cars, as opposed to owning them, is one example. The rise of collaboration as opposed to competition as a way to get things done, might be another.

You may also wish to check out Future by Design and Paradise or Oblivion documentaries and other videos about The Venus Project on Youtube. This kind of information gets us thinking and dreaming. And, as more of us begin to allow ourselves to envision such things, that better world gets closer and closer to becoming our reality.

You may also wish to check out the following podcasts that also discuss more sustainable economic systems.