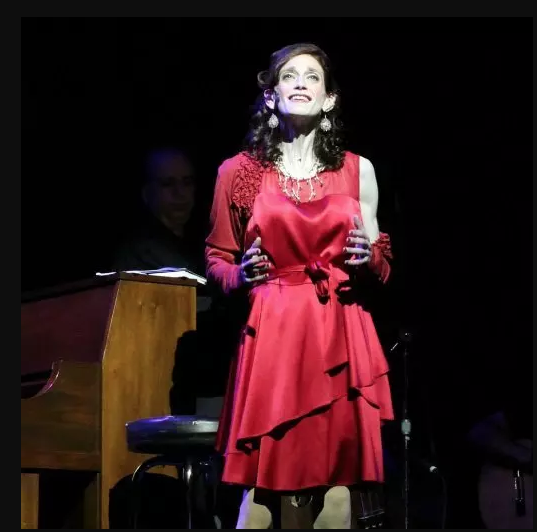 If anybody has the right to say that she turned adversities into success, it is Amy Oestreicher. She grew up in a loving, well-established family and dedicated her high school years to the performing arts. Sounds like a carefree youth. But, as it turns out, her performing arts teacher and coach was sexually abusing her.

As many victims of abuse do, she kept quiet and didn’t tell anybody about this. Until she read the book The Courage to Heal  by Ellen Bass and Laura Davis. As she was reading this book, she was able to recognize that her own feelings and behaviors were the same as that of a victim of sexual abuse. This encouraged her to tell her mother about the abuse.

That is a lot to handle for a seventeen-year-old. But that was just the beginning. Two weeks later, her stomach literally exploded and to this day, Amy is feeling the consequences of that day.

After waking from a coma that lasted several months, she had to adjust to a life completely different from what she had planned and imagined.

She couldn’t eat or drink – and that lasted for 6 years and took 27 surgeries to get her back to taking her nutrients by eating instead of through an IV drip.

Amy survived, but to this day, she is living with pain.

She said that it is good that she didn’t know how difficult and how long her recovery was going to take.

Art helped her to deal with all the hardships she had to endure.

Not only did it help her, but she turned her experience into a play to help others. And a book and a speaking tour. She also has created visual art which has been well received and she has exhibited in several galleries.

Amy graciously agreed to write a guest post for our blog and I let you find out more about her health journey in her own words.

In our interview, Amy told us that her grandmother was imprisoned in Auschwitz and was 18 when the war ended and she was freed. She only survived because she was such a good seamstress that the Nazi’s wanted her to sew their clothing. Later, in the US, in NewYork, she used her skills to build, together with her husband, a successful sewing business.

All but one of Amy grandmother’s eight siblings survived and made their way to New York. Amy is very close to her grandma and wanted to know about her story. She interviewed all the siblings who had lived through the war. First, all of them told her that they didn’t remember anything. But as she kept asking, they each were able to tell her parts of the story. Between all of their memories, Amy got a complete story and is working on a play about the Lower East Side where her grandparents build their life.

That doesn’t stop Amy. She is involved in so many projects that it makes my head spin. One of the things she is working on is a new play. It is based on a journal her brother kept during the time she was in the coma. She wants to show how the family was dealing with the trauma of her disease. And she will add this to her ever-growing list of how she turned her adversity into a success

Amy’s message to all of us it

Love the path you are taking

Writer for Huffington Post. Featured in Cosmopolitan and on TODAY