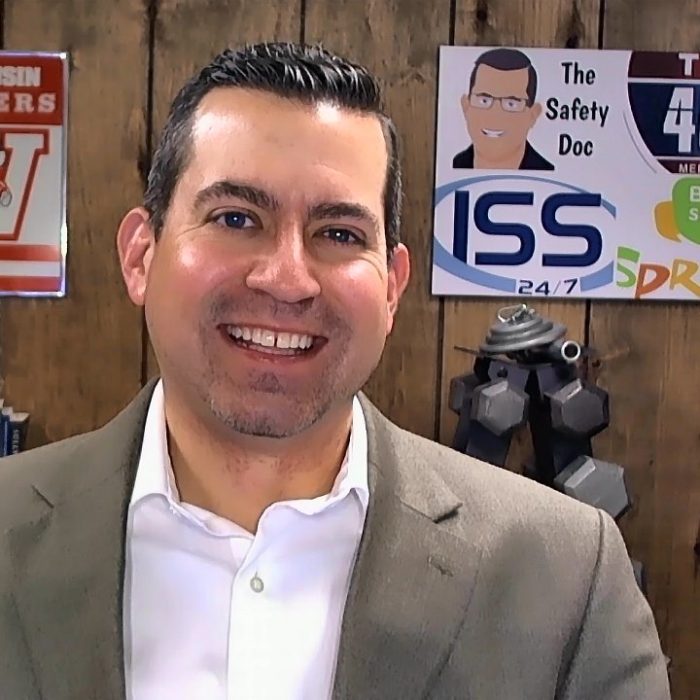 David Perrodin, PhD, changed his life completely - from a high paid stressful career to a life full of joy and health

From a High Paying Position to High Life Satisfaction

David Perrodin, PhD,  left a high paying, high-status position without a plan. That was quite a life change! And we are honored that David chose us and our podcast to talk about how that decision affected his life.

Many of us say that we want to change something. We dream of the move to the country – or the city as that may be. Or start our own business, travel the world or whatever strikes your fancy. But most of us do nothing about it. We want a life change but we stay in a situation which might even make us sick.

David was the Director of Student Services. The money was good, but the job never ended. The next emergency was just a phone call away. Many a time, he wanted to enjoy time with his family, only to be stuck on the phone to handle yet another emergency.

David’s doctor told him that at the age of 40 that his chance for a heart attack was pretty good. That is something you don’t want to have a high chance to get!!! But it took more than the health concern for David to leave the position he had worked so hard for.

Two things happened. David decided to go back to school to earn his PhD, and he got a new boss. While he felt the stress and the weight of responsibility of his job before, under this new boss, he was required to act against his inner convictions to fulfill his job. This, coupled with the realization that working and studying didn’t allow him any time to sleep, or for that matter, to spend with his family, gave him the incentive to quit his job.

Today, he feels that was the best decision he ever made!

Every life change, good or bad, requires some adjustments. For David, the first couple of weeks felt like a vacation. But after that, what to do? If you are used to getting up and off to work at a certain time, every day, week after week, year after year – a life without a schedule is bewildering.

David took to walking. Every day. Hours on end. First, his mind was racing. Then he found stillness, mindfulness during his nightly walks. And his health improved dramatically. Now, at 45, his chances of a heart attack are very, very low! His doctor is impressed!!

Besides walking, David enjoys riding his bicycle for long tours. This graveyard is one of his destination points and we talk about the symbolic significance this grave has for him on the podcast.

May 22, 2013 is a day David uses as his pivotal point. A day which reminds him what his life used to be like and what it is now.

It is the day he was asked to present on Public Television on School Security and Crisis.

He came well prepared, including several pages to be read to introduce him. All his achievements were documented. Today, he introduces himself as a person – not as a sum of achievements. He calls that being delaminated.

David looks at himself in this video and sees a stressed and unhealthy person.

He is glad that he chose another path and much rather represents himself with a picture of him on his bicycle.

More About David in His Own Words

David Perrodin, PhD, worked twelve years as a Director of Student Services before exiting the profession in 2014 to focus exclusively on researching school safety and high-stakes decision-making in conjunction with his doctoral dissertation at the University of Wisconsin – Madison.  As an expert in safety preparedness and response, Dr. Perrodin has presented on television, in schools and at conferences.  In 2016, he partnered with Pulitzer Prize-winning author and producer David Obst to write and direct a script involving an intruder in an elementary school setting.  Dr. Perrodin produces a weekly safety show called “The Safety Doc Podcast”.  He is under contract with publishing house Rowman & Littlefield to author a book about the remarkable rescue of 500,000 people from Lower Manhattan on September 11, 2001.  The book, titled “Lessons of Lower Manhattan” will be released in early 2018.

How to reach us:

We appreciate your support! You can do so on Patreon.

Tell us what you think!! Leave a comment below or send us an email. And join the Sustainable Living Geeks Tribe!

Diego also chose to leave a corporate career to be home with his family.