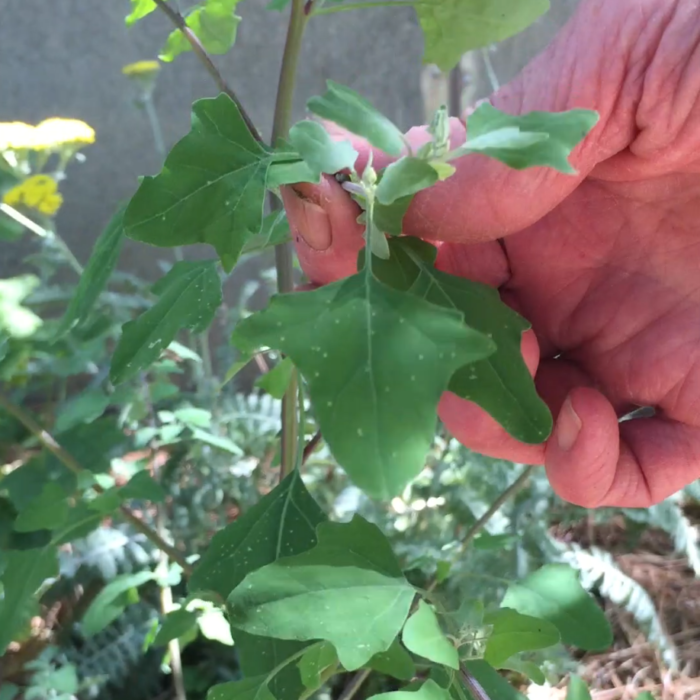 Edible native plants are often written off as weeds by most people.

But as Peggy Otterstrom has learned, these plants are often undiscovered treasures filled with nutrition, medicine and effortless natural beauty.

I met Peggy nearly three years ago, shortly after I moved to Big Bear City, in Southern California.

As someone who was both new to the San Bernardino Mountains and new to homesteading, I was anxious to learn from more seasoned local gardeners about what plants grew best here as well as what native plants were edible and perennial.

A Home for Edible Native Plants

Peggy’s garden is well-known here in Big Bear as it’s been part of the local Xeriscape Tour, many times. It sports an incredible diversity of native plants, many of which have become regular additions to Peggy’s diet.

A group of us women here go hiking together once a week and Peggy is often the one leading us, pointing out this flower and that bush and making note of everything that’s edible or medicinal.

Honestly, I couldn’t believe my luck when Peggy visited my house and pointed out all the weeds that I didn’t know were edible!

So I was thrilled when she agreed to be on the podcast to talk about her favorite topic – edible native plants.

In this podcast we discuss several of the most common edible native plants here in Southern California including: lambs quarters, goose foot, chenopodium, stinging nettles, dandelion and miner’s lettuce.

Peggy shares some of the ways she prepares these “wild” vegetables in meals, as well as some of their medicinal uses.  She also shares methods for collecting the seeds and growing these plants in your own yard.

Check out the video below in which Peggy gives a tour of some of the edible native plants in her backyard.