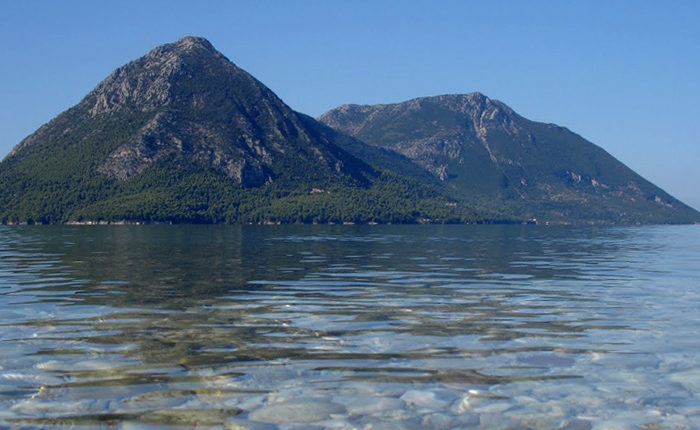 In this week’s podcast, scientist, consultant, and activist Ted Karfakis discusses what he is doing on the Greek island of Kalamos to fight industrial aquaculture and create more sustainable systems there.

Currently, Greece is one of the most important places to be in Europe with respect to biological and environmental conservation as decreasing economic prosperity has led to significant environmental challenges and conflicts on both land and sea.

Sustainable Systems on the Island of Kalamos

On the Island of Kalamos a place with several important ecosystems both on land and in the waters of the adjacent marine protected area, there is an ecosystem of significant biodiversity conservation value. Kalamos is one of the most important areas for the birds of Greece according to Birdlife International with several endangered species. It is also at the heart of a marine protected area where iconic megafauna such as whales and seals and important breeding habitats for fish in the surrounding sea can be found.

The relatively small human population combined with large uninhabited areas of wild and agricultural land have produced a range of terrestrial habitats including a unique forest with important dead wood habitats and a relatively intact marine environment.

Through Terra Sylvestris, a Greek not for profit non-governmental organization, Ted is working to build eco-tourism, organic agriculture and conservation initiatives on the island and the adjacent marine protected area.

Terra Sylvestris is a local start up grassroots initiative that later formed as a non-profit non-governmental organization based in Kalamos island Greece.

The organization is both an activist and a scientific organization aimed at the protection of the environment;  sustainable development through empowerment, education, and participation of local people; and advancement of the relevant scientific fields and legal actions.

Its core philosophy is based around the principle of rewilding.

Terra Sylvestris at present runs a project for the sustainable development of Kalamos and Kastos islands, their satellite islands and marine protected area adjacent to them.

For the purposes of this, a biological field station and volunteer center exist in Kalamos island.Its activities for the program at present include the establishment of an organic farm and eco-community on Kalamos and the monitoring of native wildlife on both sea and land. Ecotourism programs are also run with the goal of generating income for assisting with its nature conservation and sustainable development activities.

During our discussion, Ted discusses industrial aquaculture, the farming of aquatic organisms and its inherent dangers to man and the environment. He also discusses and explains the concept of rewilding and how it relates to the current ecological crisis the world faces.

Finally, I asked Ted to provide tips for those who are interested in protecting natural environments and creating sustainable systems in their own communities.

You can learn more about Ted and his work at the Terra Sylvestris website.