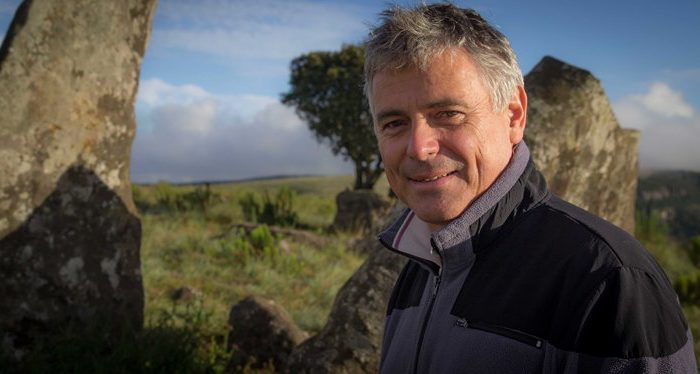 Michael Tellinger on Ubuntu and More

An interview with author Michael Tellinger about the contributionist economy, Ubuntu, and more.

Michael Tellinger is a relentless questioner, taking no information for granted.

His investigation of the ancient stone circle structures found near his home of South Africa resulted in three books: Temples of the African Gods; Slave Species of god and Adam’s Calendar.

In those books, he shares the research that led him to his theory about the real purpose of these structures and his conclusion that human civilization is likely much older than scientists have previously believed.

I became aware of Michael by watching the Internet subscription channel, Gaia, where he can be seen on several interview shows as well as on his own series, “Hidden Origins.” On these shows, Michael pulls together disparate pieces of information to weave a new tale about our ancient past as well as our possible future.

His relentless questioning also led him to  write (affiliate link) Ubuntu Contributionism: A Blueprint for Human Prosperity and found the Ubuntu movement – an effort that seeks to promote a contributionist economy.  (Not long ago I interviewed Brandon Shalton who heads up the Ubuntu U.S. “One Small Town” effort.)

While certainly unorthodox, Michael’s work can be quite compelling and prod us to question everything we have been taught.

To my mind, an idea like Ubuntu, today, could only come from someone like Michael Tellinger – someone willing to question everything as well as to entertain just about any idea. Although, you would think, most scientists would embrace such an approach, too often they don’t as Charles Eisenstein pointed out in his article, “The Need for Venture Science.”

I also believe that only an outrageous idea such as Ubuntu, has a real shot at successfully replacing our current economic system.

So I was absolutely thrilled when a former guest, Michael E. V. Knight, put me in touch with Michael Tellinger so that I could interview him.

In this episode, we discuss the need to question what we’ve been taught; why our monetary system isn’t serving humankind; what Ubuntu is and how it would change daily life for humans; and what Michael is doing to spread the Ubuntu message.

A society which only requires a few hours of weekly work from each of its citizens in exchange for quality food, clothing, housing and health care, may seem absurd. But is it really any more absurd than working 40 hours a week at a job you hate to pay for cheap products, poisonous food, housing and healthcare that are anything but guaranteed?

While I may not agree with all of his theories, I’m grateful that there are people like Michael, willing to brave public scrutiny and an entrenched academic system in an effort to uncover truth and find solutions to our most pressing human needs.

If you are interested in learning more about alternative community systems, you may want to check out the following past podcasts:

2 comments on “Michael Tellinger on Ubuntu and More”