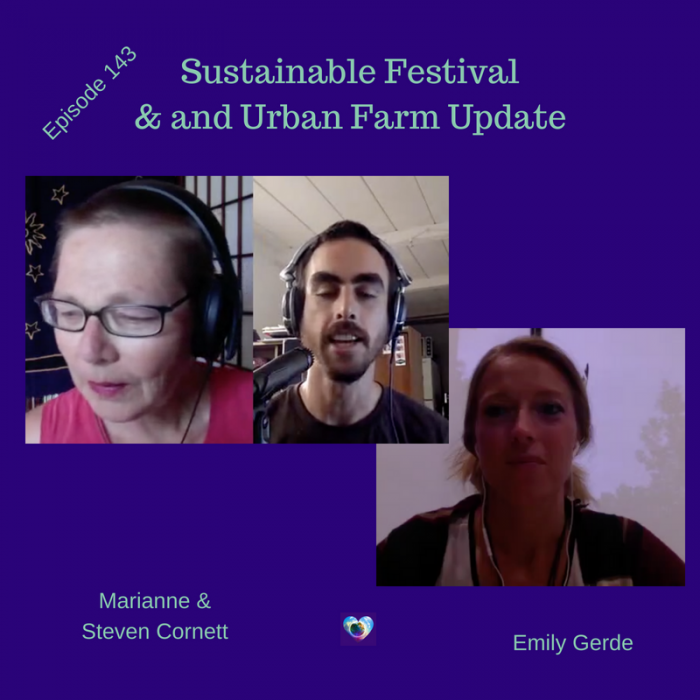 Emily just was a participant, speaker and one of the organizers of the Colorado tiny House Festival. The numbers are no all in yet, but it is in the range of 30,000 to 50,000 people. That is a lot of people all gathered together.

Our conversation quickly turned to the question if this ended up to be a truly sustainable Festival. Many times, when a big crowd comes together, lots of trash is left behind. That is one of the major complaints people have about the Earth Day Festivals that are supposed to be all about treating our planet better. 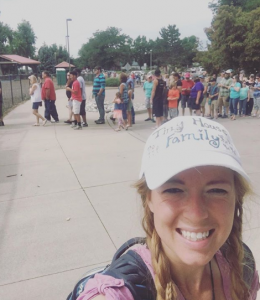 The Colorado event was more of a sustainable festival than most. For one, a lot of the booths and talks were geared towards sustainability far beyond just going small. Green building supplies, air quality, recyclable insulation were just some of the topics participants were keenly interested in.

While the Food trucks were serving their offerings in maybe not the most sustainable packaging, Emily observed that many people carried refillable water bottles and brought snacks in their own reusable containers.

Participants can do so much to make choices which help to create a more sustainable festival. For example, we all can carry our own drinking vessel, cutlery, napkins and drinking containers. That way, the amount of trash is greatly reduced even if the food is served on a disposable plate.

We all can lobby that the laws are being changed that dishwashing stations will be the norm at any event in the future instead of tons of disposable everything.

Our Urban Farm podcast contributor Steven Cornett from Nature’s Always Right shared his technique to keep produce fresh and nice looking at the Farmer’s market – even if the temperatures climb well over 100 degrees Fahrenheit.

The Black Soldier flies are doing well and are growing rapidly. I am sure you will soon be able to see Video Updates on his website.

A new Farmer’s market opened in our small town. I am ashamed to admit that I missed the very first market. The good news is that there were at least four farmers. All of them are very local and committed to this community.

A previous attempt to start a Farmer’s market failed miserably. It was spearheaded by the city who did not listen to any of the merchants or residents. They hired an outside manager who had not even one farmer selling produce. People were so disappointed.

This time, it was organized by a group of residents and the market is off to a good start.

Emily mentioned that they are modeling their tiny house community plan after the Venus Project.

Jenise had a great interview with two longtime volunteers of the Venus Project.

Steven Cornett has been a guest on the show before he became one of our regulars.

How to Make a Living with Backyard Farming