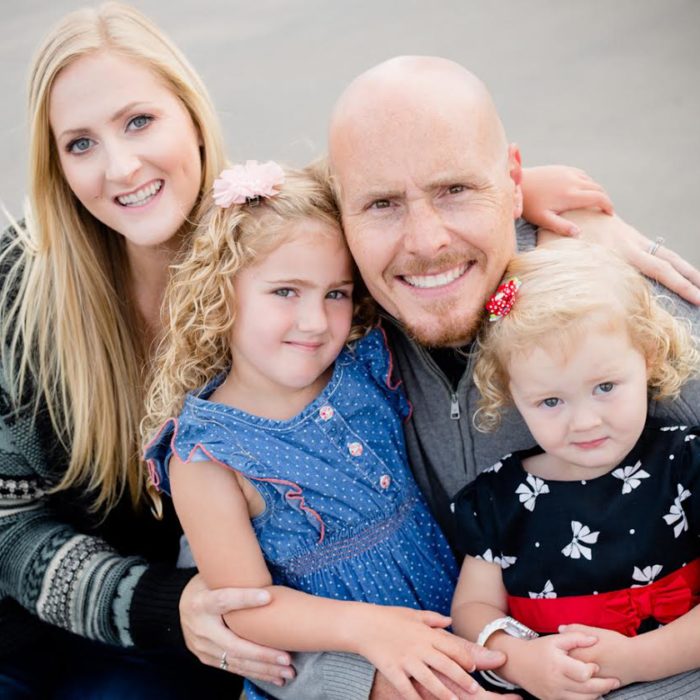 The Importance of Being a Father

Diego from Permaculture Voices on Being a Father

Being a Father Brings Change

Being a Father, growing into that role, does not happen overnight. Sure, the physical part, the birth of a child, usually happens relatively fast (and often during the night), but being a father is an ever evolving undertaking.

Ideas of how to be a parent formed prior to the arrival of the baby often change rapidly when faced with the reality of having a real live little person with a mind and a personality of her own as part of the family. Sometimes, change comes about slowly. Values, expectations and life goals might change completely and are constantly in need of being reexamined as the children grow and change.

For Diego, the birth of first daughter was a bit of a shock – life changed dramatically. After the initial “honeymoon” phase with the new baby, reality hit. It is not as easy to get up and go and do whatever you want once a baby is part of the equation.

If asked that question ten years ago, Diego probably would have answered that he is a young business professional out to conquer the world of business. His priority at that time was more centered around career building and making money – lots of it. Making investments, creating a retirement, buying a house. In short, desires and goal which are considered “normal” and/or desirable for most people.

Enter children and Permaculture into Diego’s life. A complete shift of priorities happened. Today, Diego has left his corporate job behind and is building a business and a lifestyle centered around his family.

Diego is the founder of Permaculture Voices, a podcaster and an online entrepreneur.

What is Permaculture Voices?

Permaculture Voices started as a conference with the goal of bringing the great teachers in the Permaculture arena together for a conference in a place where people would want to travel to. The place was San Diego in early spring. People from cold climates surely could use the break from ice and snow and weren’t yet busy working on the land.

A conference needs promoting. And a podcast seemed like a good idea to reach people all over the world. Guess what. Diego fell in love with podcasting.

Now, several years and three major conferences later, Diego decided to let go of the large conferences and Permaculture Voices has morphed into an online business featuring podcasts and online courses as well as in-person workshops, and more.

Balancing Work and Being a Father

Diego and Marianne met at a Master Composting class when he was a brand new father. He and his wife had just purchased a house and Diego had started to be interested in growing food, composting and fruit trees. Somehow, Permaculture came to his attention and with it, his change in life philosophy and his life work.

Now, Diego has three kids – a big step from somebody who never thought he wanted any. On the day of the birth of his third daughter, Diego started a daily podcast. Part of his motivation was to leave a legacy for his children. But he also wanted to address daily issues of life which often are not talked about.

Diego wants to show the good, the bad and the ugly.

Starting a new show is adding even more work at the same time when a new baby is added to the family, but Diego sees this podcast almost as a form of therapy for himself.

This is his secret to getting it done: Prioritize and let go of time suckers like TV!

Adding this work turned out to be beneficial to him and helped him clarify his priorities as well as his workflow. Time with the children and with his wife is part of the scheduling – equally important as work task. This hasn’t always been the way but evolved as Diego’s priorities shifted

Diego is driven to get things done and had to adjust to his new life as a father. At some point, he realized how quickly kids grow and he wanted his daughter to know that she came first. Not the TV. Not friends. Not the phone.

Life hack: Use your future self to hold you now self accountable.

More Snippets of Our Conversation

How to Reach Diego

Lately, he has been posting to YouTube as well.

How to Reach Us

At the end of the podcast, Patreon came up. Diego is partly able to work from home because of the support his listeners give him through that crowdfunding site. We, Jenise and Marianne, also started to ask you, our listeners to support the Sustainable Living Podcast. $ 1 a month makes a hugs difference to us, and while you are at it, maybe you can find another $ 1 for Diego as well.

If family and choices people make to spend more time with their kids is of interest to you, check out these episodes.