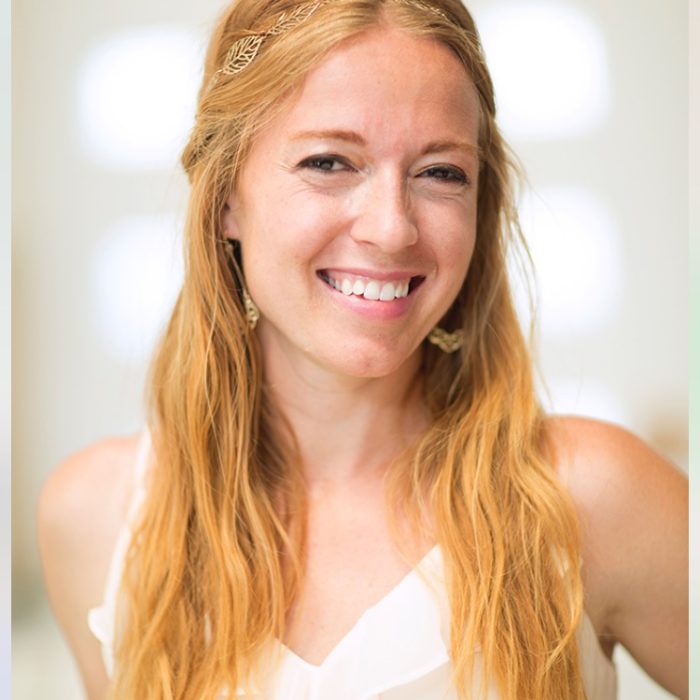 A Tiny House for a Family

Can you imagine moving your family from a 2000 sf house to a 325 sf tiny house? Emily Gerde and her husband could. And they did. In many ways, that was a radical act.

Emily didn’t grow up dreaming of living in a very small house some day. On the contrary, she followed what many might call the American dream: Go to College, fall in love, get married, buy a house, and have a child.

Sounds great, right? Can you see the happy family in their big house, relaxing, entertaining and in general having a good time?

Well, the reality for Emily and her husband were working two jobs each, and him going to Grad-school on top of it. They hardly ever saw each other and didn’t have any time to enjoy their house or yard.

Emily’s health started to suffer. Being busy and stressed all the time manifested a hyperactive Thyroid.

Then, one day, Emily’s sister in law introduced them to the concept of the tiny house.

Their ears perked up and right then and there, Emily and her husband decided to find out more.

Luck had it that they were able to visit a tiny house not too far away from them.

That visit sealed the deal. They loved the tiny house from the minute they stepped inside. It didn’t feel small or cramped or claustrophobia-inducing.

On the contrary. That tiny house felt like a home to them. Comfortable. Like a place that they could live in.

The Process of Moving to the Tiny House

Of course, as much as they might have wanted to, they couldn’t just move to a tiny house the very next day. There was a process to get them from A to B.

First, they needed to find a contractor to build there new home. DIY wasn’t an option. Remember, they were working two jobs and going to school and raising a baby.

That part was easy. They got a referral and soon they had hired their builder. Next, they needed a building plan. Again, no problem. Andrew and Gabriella Morrison have several plans for sale. They also offer courses and all kinds of info for anybody wanting to know more about building a tiny house.

Emily even got HGTV on board to film the build of their new home.

All of that was the easy part.

Most of us have things we never use but we equally never think of getting rid off. Usually, they came to us as a gift from a person we really love. Or we bought them on a trip we always want to remember.

Emily said that it took a bit of emotional work to become comfortable with the idea that an item we bought on a trip to a faraway place is not really holding the memory. We are. The memory is ours to hold and to keep forever.

The piece of art or furniture or the scarf we brought home from that trip can go to a new home. The memory stays with us.

Little by little, Emily and her husband went through their belongings and sold what the could. They donated what they couldn’t sell. The junk they largely had inherited with the house went to a junk removal firm. They searched high and low to find a junk remover who was dedicated to recycling as much of the material as possible.

As it turned out – the money they made from selling their memorabilia was just enough to pay for the removal of the junk.

The first move from the big house was not to their dream home – their tiny house. The build took a little longer than anticipated. Partly because Emily really wanted to bring nature within her four walls and partly because they were part of the TV show, the build took well over a year.

They sold their big house and moved in with Emily’s sister in law. The time there gave them even more time to go through their boxes again and let go of more of their stuff.

The Move into the Tiny House

In March of 2017, Emily’s dream house was finished and ready for them to move in. As they were organizing their carefully selected items into the many built-in storage areas in their tiny home, they realized that they still had too many things to fit.

By then, they were old hands in letting go of “things.” Actually, they already had developed almost an addiction to simplifying. The Minimalist’s lifestyle was calling loudly to them.

Emily says that letting go of the big house and all the obligations that came with it,  brought a great sense of freedom to her family. Now, they are free of debt and are free to live the life they want to live. Tiny house living has become their passion and has opened so many new opportunities for them.

Emily wrote a book about their adventure to be published at the end of this year. They are happy and ready to follow their passion.

Actually, they are going to go even smaller. But for that story, you have to listen to the podcast.

More About Emily in Her Words

Bio- Emily Gerde and her husband Justin, Toddler, Wyatt, 4 cats and 1 dog in a 325 square foot tiny house on wheels. Emily and her family were tired of running on the hamster wheel and being over budget on their holistic and organic lifestyle. Emily, as a former licensed teacher and daycare provider, wanted to homeschool her son and tiny house living provided them with a financially sound way to stay home. Emily and her family have been living in their tiny house for 15 months and are loving the new-found financial freedom, minimal environmental impact and other perks that come with tiny house living. Emily is getting published for her book Minimalist Living for a Maximum Life where she shares how minimalist living, organic food, and mindful practices has changed her life and the lives of the ones she loves.

How to Find Emily

A video tour of their tiny house:  You Tube

Emily’s book is going to be available at the end of the year. In the meantime, here are some books we found on Amazon (affiliate) you might enjoy.

And this Guest blog by Colleen